Our aim is to shed light upon the music created in this great world upon which light is generally not shed: The D.I.Y. Punknecks, The Basement Psychonauts, The Garage Lords, The Bedroom Tapers, The Shoegaze Astronomers, The Weekend Warlords, The Jazz Explorers, The Daydream Folkies, Digital Destroyers, Blues Wanderers, & ...

We want to hear your music in its physical form. No digital submissions, please.

Reach Us By Email 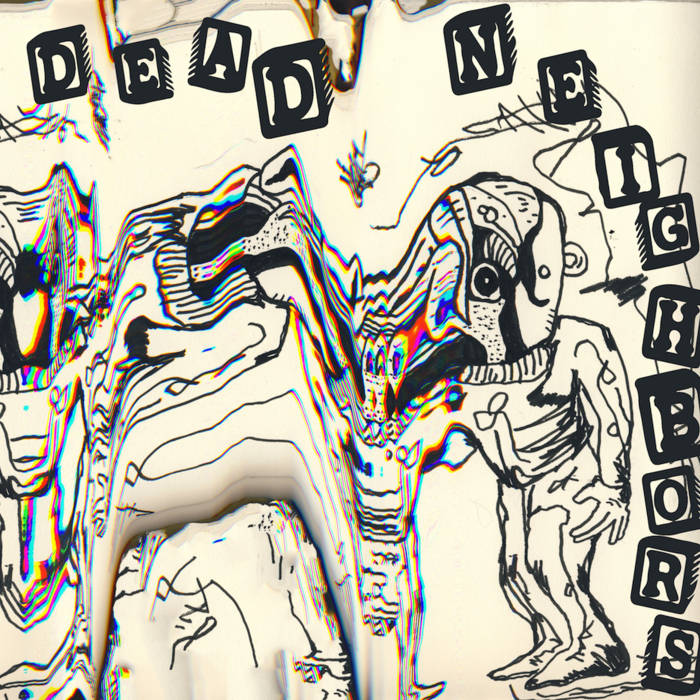 On their self titled album, Dead Neighbors conjure the sounds of your favorite 80’s indie heroes (Dinosaur Jr., The Replacements, The Pixies, Sonic Youth) and charge into the gauzy stoned daydream of a drive through town with the windows rolled down. The fidelity of the album plays to the cooler, more jangley palette’ of the musical color spectrum in cooperation with a minimalistic, lo-fi room sound. According to Dead Neighbor’s bandcamp the album was recorded in a bedroom, and the sounds you get on their self titled debut reflect that in the best ways possible. The album is cozy without feeling claustrophobic. I mean, I’m listening to this in my bedroom as I write this, and I feel like I’m in the right spot. Don’t let this fool you, Dead Neighbors are not a “chill” band; far from it. The guitars range from a jazzy, slightly off-kilter skrankiness, to a full on sonic barrage, and often in the same song. The whole cassette is a god damn tape deck melter, but I’ll be subjective and say that “Ever” is my personal favorite track amongst many damn good songs. Dead Neighbor’s hit the high notes of early indie rock without wearing their influences too much on their sleeve and deliver a killer cassette that you’re going to want to jam into the deck of your 86 Honda Accord. If the sounds and energy on this album are indicative of Dead Neighbor’s live show, you definitely want to be front row at their next house show. Check out Dead Neighbor’s self titled debut on one of the coolest labels around (Fall Break Records): https://deadneighbors.bandcamp.com/album/dead-neighbors
-Blake Marlow

Fightin' and writin' View all posts by austinphy